With Peels acquisition of The Lowry Centre, Reid was asked to design a visual icon to be located on the land bridge crossing Dock 9 between The Lowry and the BBC to serve as a visual beacon and urban connector between the two.

The building has a large proportion of sky facing surface. The Design concept response is based on a single folded plate elevation which wraps the whole envelope to ensure that the building maintains its visual quality from all viewpoints – including the surrounding hi-rise residences. The building height and tapered form keeps wayfinding views open between the core sites of the BBC and Lowry.

The building is clad in gold metal adding to its beacon like prominence. The gold also provides a poetic connection to The Alchemist by Living Ventures – who will make their MediaCityUK home here from summer 2017. At night, low-level perimeter lighting will give the effect that the building is ‘floating’ over the dock.

The elevation facing the water is entirely glass which, together with the bar terrace projected out over the dock, gives panoramic views out over the water to the Imperial War Museum on the opposite bank. 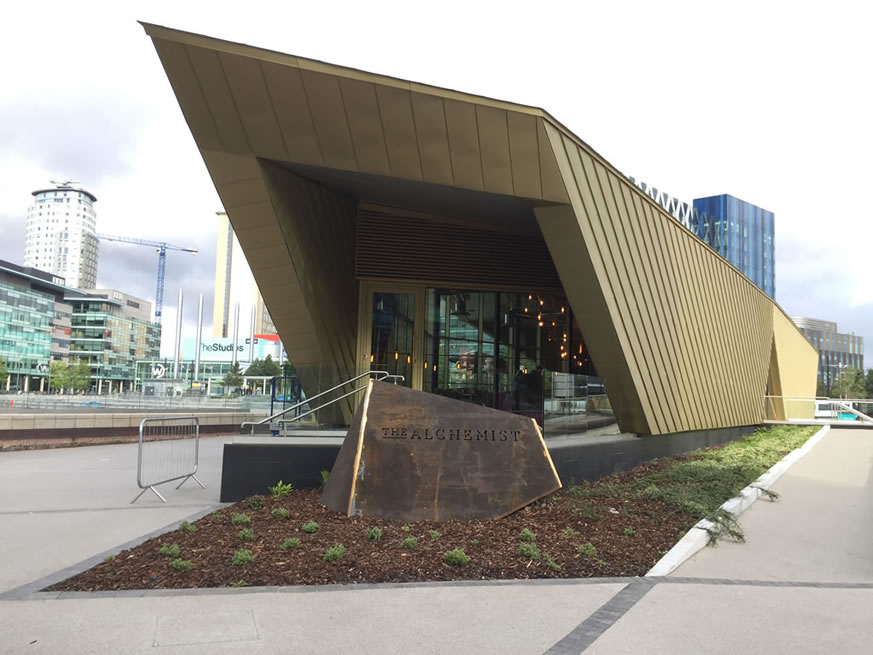 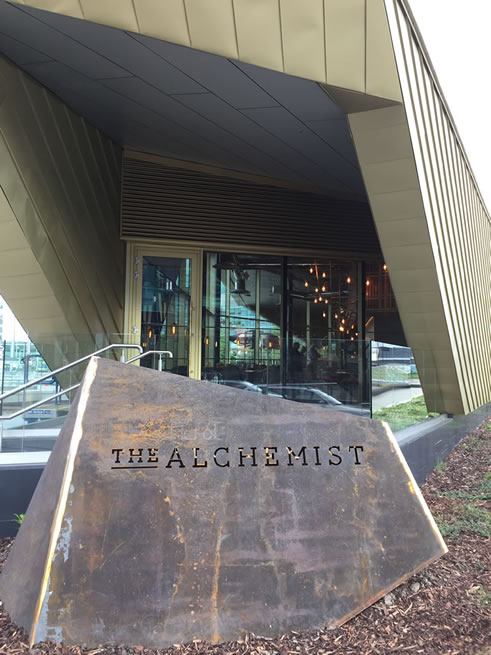 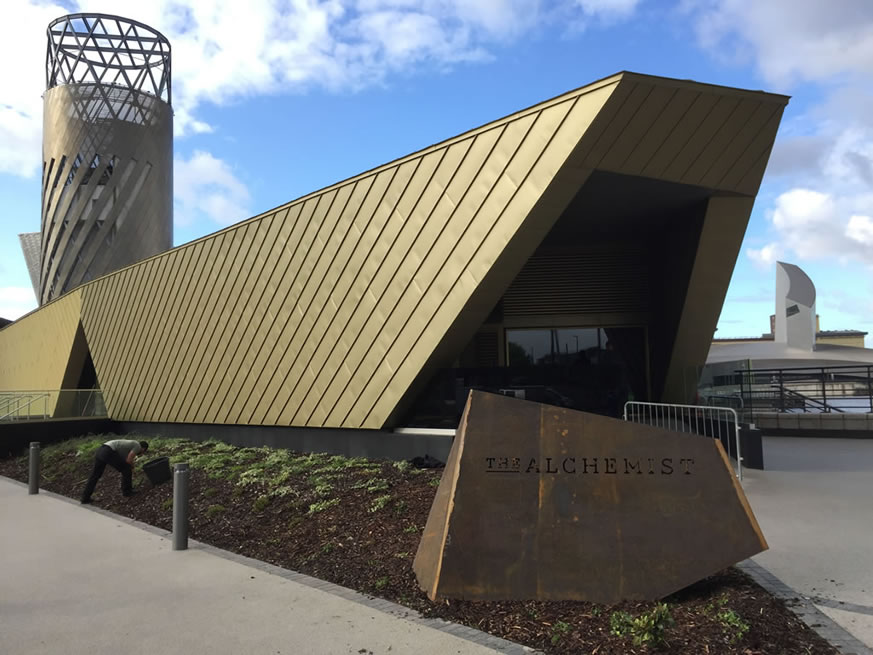 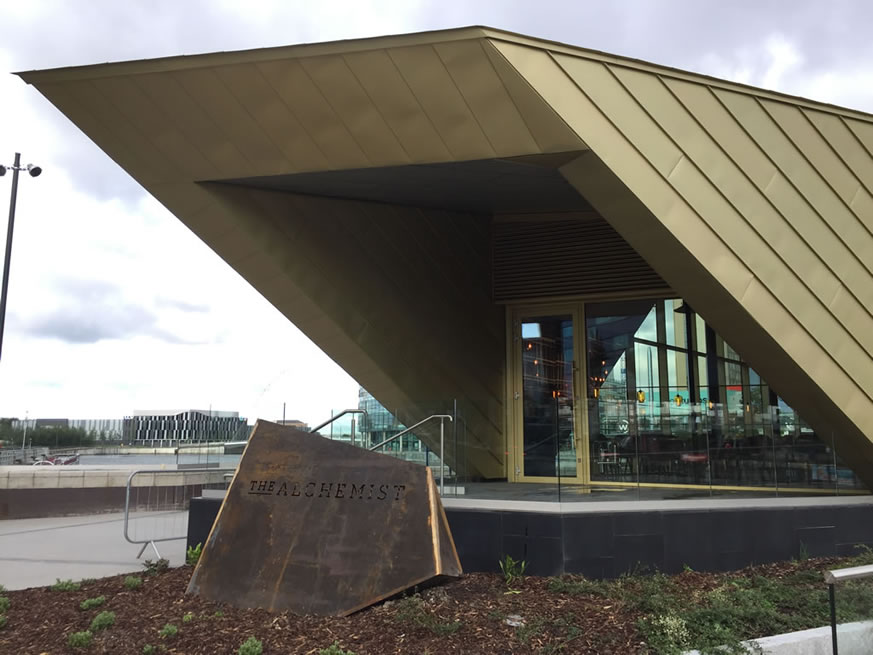 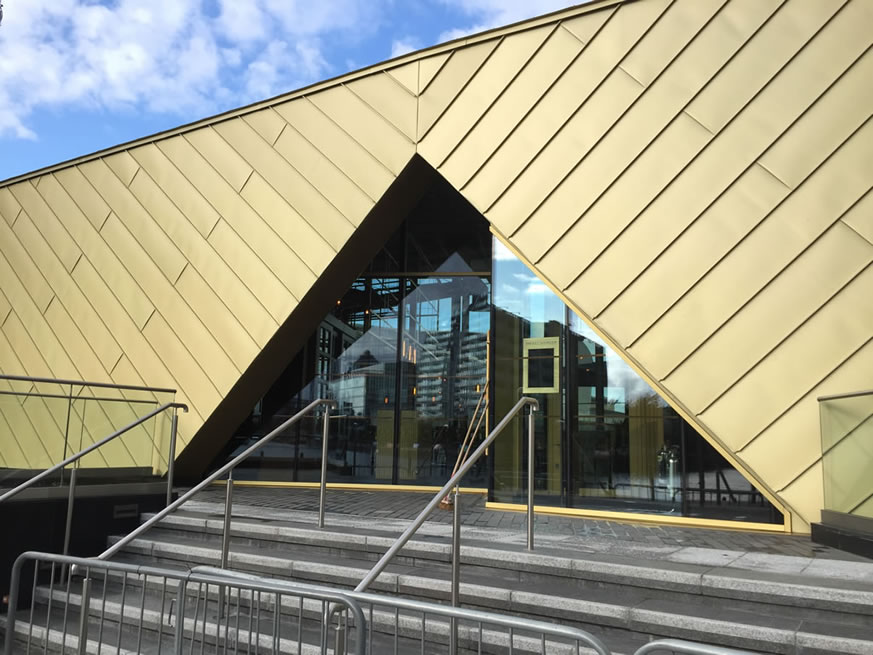